When people make career decisions, they often weigh status and money separately. (A job can be high in status but low in pay, such as that of a college professor.) But we less often consider the distinction between status and power.

Now, a study by Steven Blader of NYU Stern and Cornell’s Ya-Ru Chen, suggests that imbalances between power and status are hazards to which organizations should pay closer attention. The hypothesis of the study was that “status and power would have opposing effects on justice enacted toward others,” and, sadly, the authors found that their hypothesis was strengthened by their research. People who believe themselves merely to be powerful often treat others unfairly, while those who believe themselves to be elevated in status have much better behavior.

In turn, Blader and Chen suspect that organizations emphasizing things that focus managers on power (headcount, budgets, bonuses, etc.) treat their subordinates less fairly than those in which managers are prompted to focus on status (namely, what do peers, subordinates and superiors think of the individual). 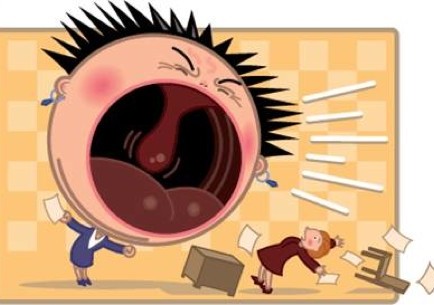 Peter Drucker thought a lot about status and power. Anyone who lacked status was, in Drucker’s view, grievously oppressed. “For the individual there is no society unless he has social status and function,” Drucker wrote in The Future of Industrial Man. “For the individual without function and status, society is irrational, incalculable and shapeless. . . . He sees only demonic forces, half sensible, half meaningless, half in light and half in darkness, but never predictable.”

But a person tossed about in such a manner was not merely oppressed but also, possibly, oppressive. “The asocial, uprooted, unintegrated individual appears not only as irrational but as a danger; he is a disintegrating, a threatening, a mysteriously shadowy force,” Drucker wrote. “It is no coincidence that so many of the great myths—the Wandering Jew, Dr. Faustus, Don Juan—are myths of the individual who has lost or repudiated social function and status.”

Deny people status at your peril, therefore, for it is at the root of countless abuses of power. “No society can function as a society unless it gives the individual member status and function, and unless the decisive social power is legitimate power,” Drucker warned. In The New Society, he summed it up even more darkly: “The denial of status underlies all totalitarianism, whether of the Right or of the Left.”

Where do you see the most dangerous divides between status and power?